We have a saying around here that goes–If the bugs will not eat it, perhaps we should not eat it. In my opinion, no bug bites should at least give one pause to consider what chemicals must have been sprayed to keep all of nature away in a natural environment. In my 26 years of selling veggies, I have only ran across one person who absolutely refused to eat any item with a single bug bite on it. Unfortunately, we had to send this person to the grocery store to purchase the desired  flawless vegetables. As the season progress, one should expect to possibly find the critter doing the damage. We try to use our organic products arsenal at the proper time, but insects can slip through the cracks!

We are harvesting just as fast as we can.  What to do with that tatsoi? I can say it is not spinach, but most people seem to think it is. I suppose tatsoi is an Asian spinach type of veggie. This is my absolute favorite tatsoi dish. One can find the recipe on the T – Z page. I have been known to push more greens than the recipe calls for into my dishes, too.

Sauteing the tatsoi will use up a lot of it because it shrinks so much in the pan. Recently, I have switched from olive oil to coconut oil and then add a dash of organic Coconut Aminos as a seasoning. All of these recipes can be frozen, too!

Yesterday I made a pie using tatsoi. I did not follow a recipe at all, but use rather like a quiche base with some frozen mixed veggies added for extra texture and color. Google a recipe for Spinach Pie as just substitute tatsoi to get started! 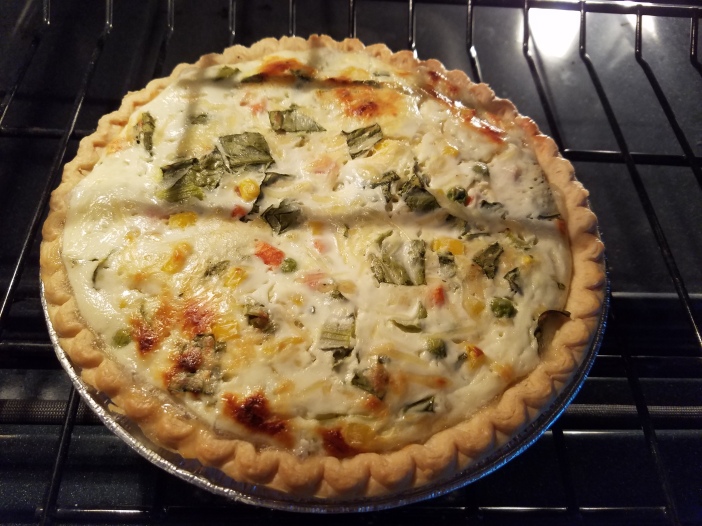 Of course, tatsoi is also good in a salad mix! That’s fancy grade, organic Coconut Flakes on top of my salad. Just let your imagination run wild when it comes to salads! 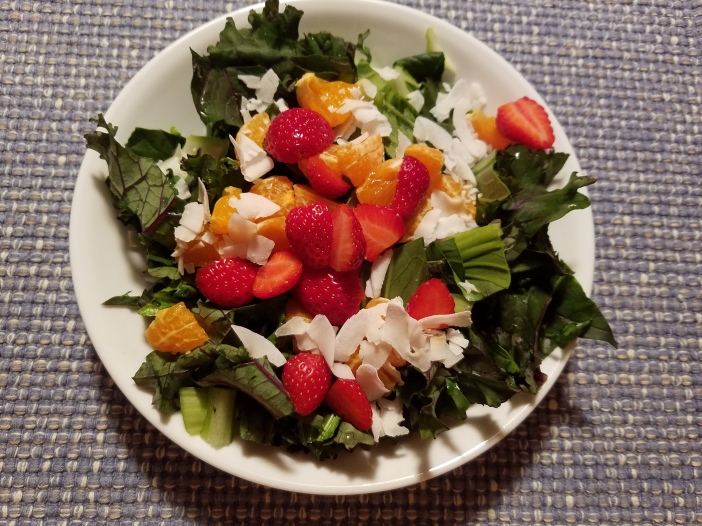 One last thing. This time of year I never purchase celery. The stalks of the chois are my substitute. Add a few raisins and you have “ants on a log” for the kidos!

The boxes next week will be similar to first one you received as far as the contents are concerned. Read the last Blog post if you have forgotten what was in it. Tokyo Becanna was added the second week. And Endive and Escarole will be added this third week. All salad makings.  Chew, chew, chew!