It sounds as if we are in for measurable rainfall this week. Butterflies do not like rain! They disappear when the rains begin. I wonder when they go? When it is not raining they cover the flowers and butterfly bushes outside our windows. I LOVE seeing them! It makes all of the effort of growing the flowers worthwhile. 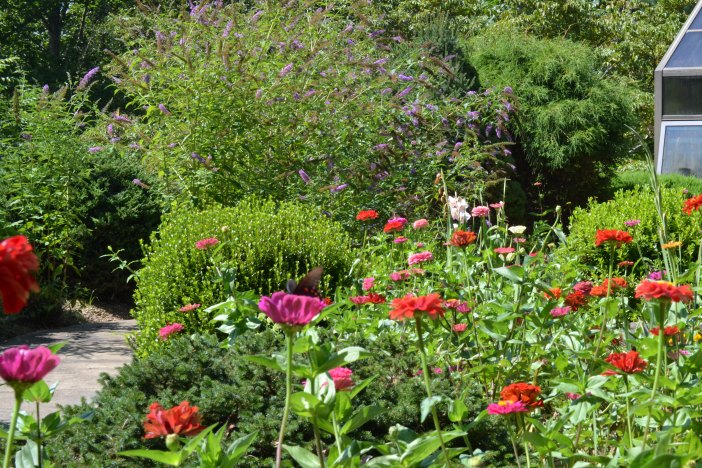 I think I am better off growing flowers than strawberries. That project was plenty of work and so far I have only gotten three berries–four if you count the one my Grandson harvested. The chipmunks, on the other hand, have full bellies!

Last week I indicated there were specialty potatoes in the boxes. That was incorrect as last week we had the second week of Kennebec potatoes. They are a white white potato. This week and next week the CSA Boxes will have the white specialty potatoes. They look a bit like the Yukon Gold potato except the outer skin is not as nice. And when you cut into the potato you will see they are golden inside which is their special trait. Of course, I run two weeks at a time when possible so everyone gets a taste!

The CSA Box this week will have white (golden) specialty potatoes, cabbages–red and green,  cucumbers, patty pan squash, green and yellow zucchini, the first tender green beans, sweet bell peppers and eggplant–either traditional or Japanese, depending on the day’s harvest.

The garden is weedy now. We don’t use herbicides and have not had time to pull all the weeds. Many hours worth have been pulled, but there are plenty left behind (as habitat for the insects)! 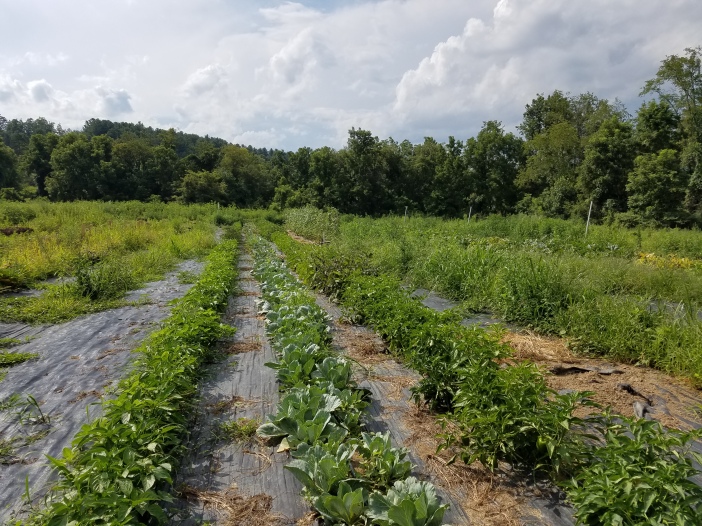